There I sat, waiting for the slow hymn played by the organist to end.  I noticed my foot tapping at a rapid pace.  C’mon, can’t you play it any faster?  As the hymn ended, the pastor introduced me and I walked up to the pulpit.   Back in college you couldn’t pay me enough to speak to an audience.  Speaking as an actress was one thing; speaking as myself used to petrify me. The morning of April 16 in the St. Olaf College chapel I had a case of the jitters; not stage-fright nerves, but something  much more uncomfortable.  I was standing in the place “where it all began.”

I had had a conversation a week before with the Department Chair of Social Work on campus.  She mentioned there would be students listening to me, some of whom were dealing with the very issues I began having my junior year in college. I took a long moment to look at them from the pulpit.  They were all so fresh-faced, smiling, polite.

“According to psychiatric data, one in three college students is dealing with mental illness at any given time.  That means either you, or the person on either side of you is dealing with this disease.” I noticed a bit of shifting of positions and smiles began to fade.  That’s right, everyone.  I’m going to talk about the subject no one likes to hear about in public, and it’s not sex, politics, or religion.  It’s Mental Illness.  (maniacal laughter…)

When Campus Ministry gives you only ten minutes of chapel time to speak about your subject, you better be succinct.  As I was looking at my bullet points and talking to the audience, I was simultaneously blown away that I was even there.  The entire time I prayed that I wouldn’t feel the way I did in chapel, back when I was nineteen – “where it all began.” Dizziness, shortness of breath, visual distortion, racing heartbeat, feeling faint, living outside my body.  It’s been noted by the psychiatric community that simply being in the place you’ve experienced PTSD (Post-Traumatic-Stress-Disorder) can bring on PTSD. It was a very long ten minutes for me.  So why did I put myself through that?

75% of people with mental illness will feel the onset by the age of 25.  If I could convince just one of those young adults to seek help, maybe she or he won’t spend the next eighteen years like I did trying to figure out why the world around them feels like crap.

I look back at that day in the chapel and I realize just how far I’ve come.  I felt the fear of a place where the rug was pulled out from under me, and I did it anyway. Writing my book was an eighteen-month-long catharsis of letting go of fear. My next series of songs I write will be another test of courage. Every new, risky experience tells me that even though I live with PTSD, Chronic Depression and Anxiety, it hasn’t taken over my life.  My innate sense of adventure to create artistic “stuff” hasn’t been squelched by mental illness labels.  I can go out and run that victory lap!

But wait – I also know that there will be days that one of those labels will cause me to sleep all day, cry, see my therapist, or take my “as needed” pills along with the three other psychotropic drugs I take on a daily basis.  It used to scare the shit out of me when I felt so good, and all of a sudden I felt I was moving backward.  I told my therapist about it and she wrote out an Rx for me at one of my sessions.  It read, “Allow yourself to be in the void.  Refill as needed.”  So that’s what I do.  I’ve been blessed with creativity that contorts around in my brain, somehow comes out of my head and becomes a book, or an album, or a musical production, or a ten minute speech to a group of college students.  Then suddenly, when I have a day or week where I feel like I’m hanging on by just a few fingers, I let go and float.  Floating is that wonderful silence after the cacophony going on in your brain has reached its limit.  It’s the pragmatic “this can wait” when the overachiever in you tells you to stay busy, busy, busy.  Floating is sometimes the only way your spirit can heal.

And by some miracle, floating got me over my fear of public speaking. 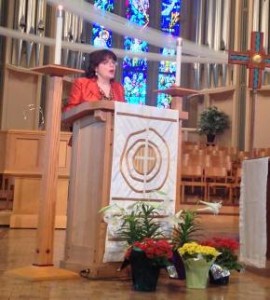