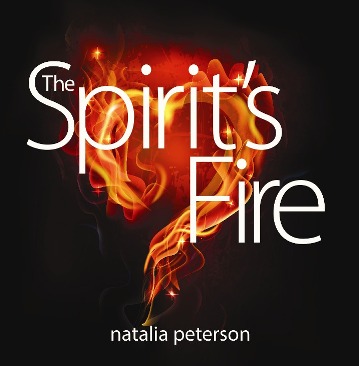 I started St. Olaf College when I was seventeen years old. I thought I was really deep and philosophical and a renaissance kind of person. Before my very first semester ended I had to register for my one class I would take during the month of January, which we called Interim, a.k.a. J-term. There were a couple of Juniors living on my corridor of the dorm I lived in. Both of them kept saying, “You should really take Howard Hong’s Philosophical Ideas in Literature Interim class, because word has it this is going to be his last year teaching it, and you really don’t want to miss out on it.” Well, by golly, that recommendation was good enough for me. My next-door-neighbor Kari and I decided we’d register and have a great time immersing ourselves into just one class for the month together. We were told on Tuesdays we’d meet for 1-1/2 hours for a lecture and on any other day of the week, 1-1/2 hours would be devoted to our small groups, which Professor Hong named Arbeitsgemeinshaften. Gotta love those German words. They’re filled with great prefixes and suffixes and make a person look smart when she says, “Nope, I can’t go downtown with you. I have my Arbeitsgemeinshaft.”

I had a daunting repertoire of reading ahead of me. Nearly 1000 pages of The Brothers Karamazov, nearly 400 pages of Moby Dick, Brave New World, Crime and Punishment, something by Kurt Vonnegut and to be honest, I can’t remember what the rest of the books were. The lectures went over my head and my brilliant friend Kari was discussing something about ‘do the ends justify the means’ in our German-named group while I sat totally clueless. I was glad I took the class as pass/fail. As long as my final paper was a C- or better, I could leave that class with some dignity. All I know is I passed it. When my final paper was returned to me, I didn’t even look to see the grade on it. I simply trashed it and thanked God I didn’t need to take another philosophy class again. Ever.

Being that St. Olaf is a private Lutheran college, you needed to take three religion classes to graduate. I put off my last one until my senior year, hoping I had developed some critical thinking skills for my Christian Ethics class. I loved the instructor, I loved his lectures, I loved the books he chose, yet just as in my philosophy class, I had no clue how to get my point across either in conversation or on paper. It’s not that I don’t have certain opinions or beliefs; I just find religion or philosophy or even politics are so personal that talking about them makes me feel as if I’m walking around naked.

Back around 1999 when I started dating “The Pastor” I felt a creative revelation rising in me. Both he and I had some rough things we went through before our relationship began and I felt this deep yearning to express some of my spiritual thoughts. I created an album of songs called “The Spirit’s Fire” that came out of pain, joy, traditional Biblical events and reflection on the way I see my idea of God in this universe. I’m utterly confused by religious dogma. I can’t explain what I believe religiously any more than what I feel philosophically. This is where songwriting takes over. An idea comes to me and soon I’m fusing words and music with the kind of focus I can’t even explain. How it all happens is still a mystery to me. What may be uncommon territory for others who don’t have the same creative chip I have is very common for me – a place where I feel right at home. Whatever that spirit is that’s around me, it takes over. Where my prose taps into my emotions, my songwriting taps into my soul. That’s about as close as I’ll get to being religious.

I hadn’t thought about “The Spirit’s Fire” in quite a while when it was suggested I re-release it both digitally and in CD form. If you click on the word digitally you can hear 30 second clip of each piece on the album. You can get a feel for what’s happening in my soul.

Enjoy! Coming up next month will be a concert of Jazz music I’ve composed and arranged. Details coming soon!