From Whence I Came
Posted on November 3, 2015 in Reflection

In my book, “I’m Not The Pastor’s Wife (I’m just married to him) I opened up my life for the public to know who I am. The book was the very first time I let anyone except my therapist know much about me, but also, about my mom. She died my sophomore year in high school. Fall had always been melancholy for me, as it was the time it seemed my mom was always hospitalized, and fall was when she died.

Out of respect for my dad’s memory of her, I would attend a memorial service and requiem every year for my mom in late November. Some people feel great comfort from this. For me it pretty much sucked whatever little joy I could hold onto for the month of November. After my dad’s passing four years ago I went to his requiem forty days after his death and my adult self realized it was time for me to figure out how I could honor their memory in a positive and less painful way. So on their anniversary each year, I go through old pictures and take a drive to where they are laid to rest and bring lilacs, their favorite flower. I experience a bitter-sweetness, but I no longer feel that knife gouging in my gut like I used to. This new tradition makes me smile, helps me imagine what they were like as newlyweds who made the choice to love each other with extraordinary devotion and be such great role models as spouses.

It’s also given me the ambition to write their story – from their lives during World War II, to living as refugees at a Displaced Persons camp (Tabir) in Germany, as well as how it affected their lives in Minnesota as Ukrainian immigrants. My fluctuation of creativity has once again made a turn. I’ve gone back to my music and theatrical background for people to visually see and hear the emotions of their story, and to listen to the traditional-style music that generates often-times improvised dancing from Ukraine. It’s not just a story of my parents, but a part of a tragic history of Ukrainians during the first half of the 20th century. When one of my friends who produces theater read my statement of initiative, he shockingly exclaimed, “Why haven’t I heard this story before?!”

That’s a good question. My folks and other Ukrainians didn’t speak much about their lives before Tabir. For nearly four years Tabir was a free-for-all-love-fest with lots of weddings and even more new-born babies, as well as opportunities to learn trades for future employment. My parents would often gather with their friends and laugh as they’d exchange their stories of their own Tabirs. But every so often something would slip out of my parents about their lives before and during the war. It wasn’t until they were close to death before I heard the things they probably spent their lifetime trying to forget. I went through all their pictures for the past year and could finally piece together those mementos they left behind and the private discussions we had. Looking back at the history of many Eastern Europeans, in reality they shouldn’t have made it to safety as immigrants – but they did. I can now understand why Ukrainians wanted to keep their traditions and language alive so formidably; so even if we didn’t know all the atrocities of the situations they faced, we’d still want to pass on the culture that had been stifled for generations.

Today is my mom’s birthday. The anniversary of her birth and death will always cause me to reflect more than my dad’s, and it isn’t because I loved one of them less or more. The empathy she had for other people became so ingrained in me that I crave to know more about her. I’m fiercely impelled to explain to the world why my parents were the people they were, why cities all over the world have strong Ukrainian communities, just like the one I grew up in here in the Twin Cities. Doing so through song, dance, storytelling and visual images is the best way I can pay tribute to them in the manner they and their contemporaries should be remembered.

I invite you to join me on this journey as I continue blogging, post snippets of music, and show some of the images that will be projected when this stage production comes to fruition. I’ll be thrilled when I announce when and where it will be produced. I say the word will, because if I’ve gotten one trait from my parents I can feel proud of, it’s tenacity. 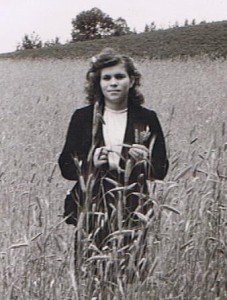 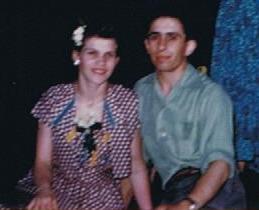