Borderland – A meeting with the professor
Posted on June 1, 2017 in Borderland

Before I took a work trip to the East Coast last fall, I had over the course of a year drafted two outlines for Borderland. One was a two-page synopsis for a quick summary. The second was twenty-six pages of narrative detailing each scene and musical numbers. The first Act touches a bit on the experiences of the Jewish community during World War II. Although my parents and their friends were raised in the Byzantine Catholic or Orthodox church, many of the small villages they came from had strong connections to Judaism. Amidst all the Ukrainian I learned and heard from my folks I would hear words or phrases my mother had picked up as a child that were in Yiddish. “Oy, yoy, yoy!” was a common exclamation. “Farshteyn?” was usually asked when I understood that she was angry with me. Once my mother was taken by the Germans in 1942 her connections with the Jewish community vanished. Yet her relationship with them up to that point and the final three years of World War II tells a broader story of the oppression of the Russian and German regimes faced by all living in Eastern Europe.

Books and online research gave me a guide to history in general, but I found myself coming up short on what day-to-day life was like for Jewish and Christian Ukrainians living in communities together. The book that prompted me to write Borderland in the first place was Bloodlands: Europe Between Hitler and Stalin by Timothy Snyder. My East Coast trip included an interview with Professor Snyder, as his academic expertise focuses on twentieth century Eastern European studies. On a Friday afternoon in late October, Timothy Snyder and I met in a coffee shop in New Haven, Connecticut for what I consider to be one of the more enlightening meetings I’ve ever had.

In what I imagined to be his non-existent free time Timothy Snyder spent an hour with me by painting a picture of the possible scenarios my mother might have encountered. Growing up she more than likely made friends with Jewish girls and boys in public school. She may have been hired to do work for Jewish families during Sabbath or in their shops or possibly even caring for their children when needed. Considering the remoteness of her village there was a likelihood no one would have been aware of the mass killings the Germans were conducting. He offered suggestions on how she might have been able to pick up the German language as quickly as she did. He shed light on why she first labored on a German farm, and then later in a German munitions factory.

Hearing about the years prior and during World War II was an implied taboo in our family as well as with most of the other Ukrainian or German immigrant families we knew. It has taken me decades to understand why our Ukrainian community buried many of the life-changing incidences they lived through. Being in live-or-die survival mode was their normal until they could finally immigrate. Can any of us really imagine what it must be like to question on a daily basis if there’ll be enough food to eat or how to avoid being drafted by either the Russian or German army or wonder if you can escape another day without being sexually assaulted? As I wrote in my previous blog, the subtext of a story is often more important than the actual plot. Meeting with Timothy Snyder and witnessing how our nation’s and world’s events have changed so dramatically recently has given me cause to re-evaluate the subtext of Borderland. History isn’t simply a bunch of facts queued together with names or dates. It defines people who, when faced with unexpected circumstances, set the stage for the next generation and the next and the next. History has human faces and how we choose to look at them can transform our thoughts and actions. How can I take the events my parents lived through and learn to be a better person because of it? How can I apply that knowledge as a citizen of a country my parents never in their wildest imaginations thought they could be a part of? People like Timothy Snyder with an expertise and passion for history have a way of nudging that transformation.

Timing is everything and for me to meet with Professor Snyder would be impossible today. If you’re wondering why, check out his most recent book, released on February 28 of this year, On Tyranny: Twenty Lessons From the Twentieth Century.” It’s now #1 on the New York Times, Washington Post and LA Times Bestseller Lists. Besides his commitment to his students he is lecturing around the world, attending book signings and is being interviewed for newspapers, radio, podcasts and television appearances. To really get to know Timothy Snyder I would encourage everyone to read this extensive interview published by The Politic on March 8, 2017.

Also, buy a copy of On Tyranny. Or buy several and hand them out. It not only gives us food for thought in today’s world, it will give you a glimpse of the life my parents faced before making the United States their home. 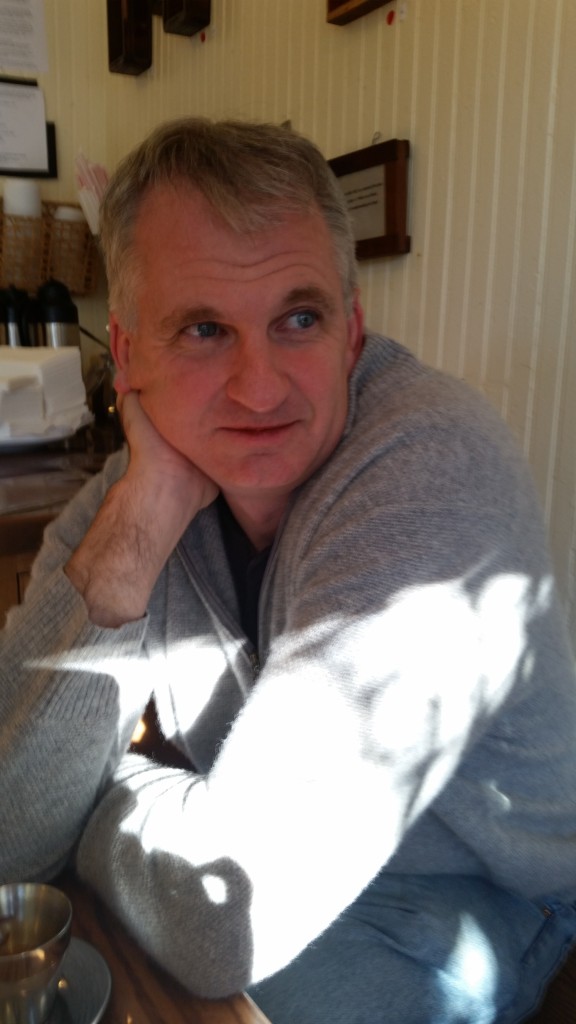 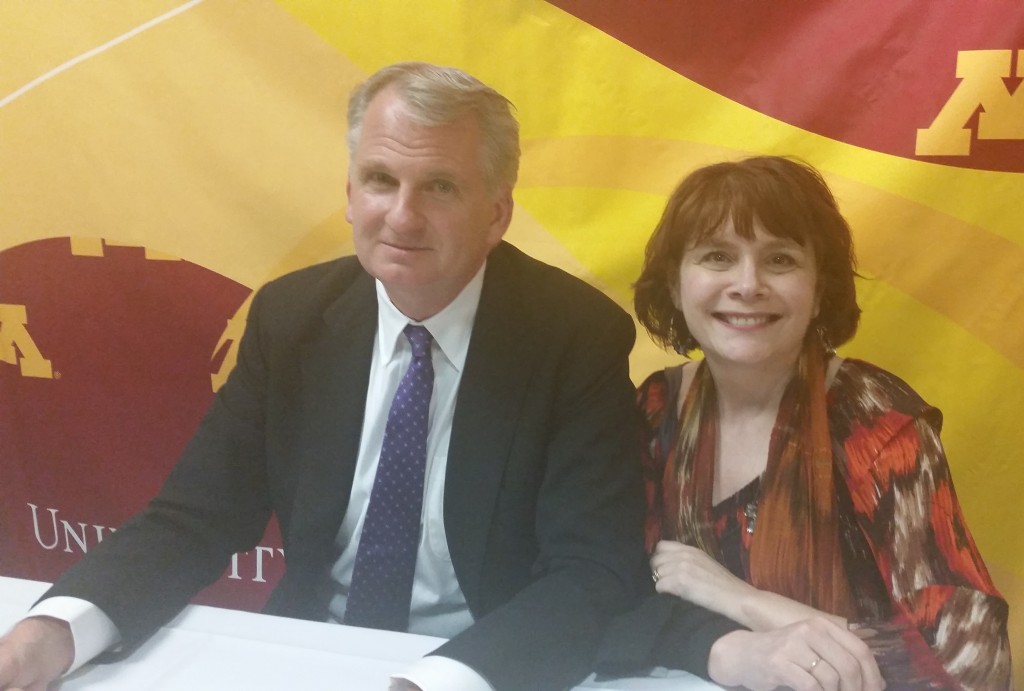 With Timothy Snyder at University of Minnesota